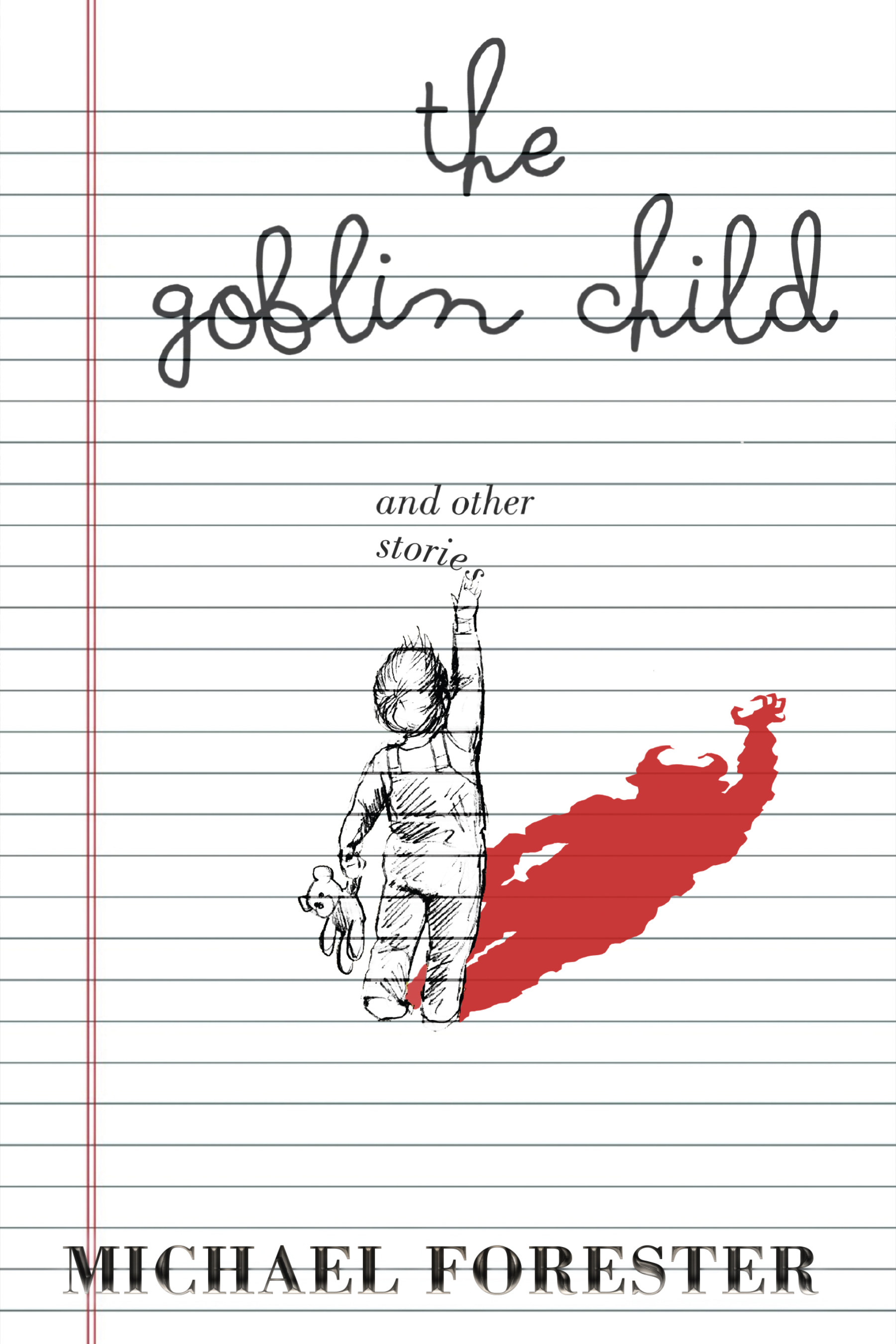 The Goblin Child: and other stories

In this apparently unconnected and eclectic group of tales, Michael Forester explores the circularity of our lives. The collection culminates unexpectedly in the story of a dying poet who finds, then loses, interracial love in a racist age, and discovers with TS Eliot that he ‘arrives where he began, to know the place for the first time.’ In so doing Forester reveals to us the circularity of our lives and that the events in them, so independent, so seemingly random, are truly interdependent, connected, planned.

The Goblin Child grasped me as soon as I started and compelled me to read until finished. I was left wanting more. This is not something I have experienced with books of late!!

For Show and Tell

For show and tell this week Miss said we had to bring our gods to school. On Monday morning we lined up outside the classroom, everybody holding tight onto the hand of their god. It’s easy to lose a god if you’re not careful, you know. The gods were well behaved. Well, mostly.

Inside the classroom, Miss said to leave the gods in the corner by the coats.  I’m afraid they got into a bit of a muddle, so that at show and tell time some of the kids couldn’t find their own god.Then there were arguments over whose god was whose. Some of the kids started crying and others were fighting. Ali and Mary had grabbed the same god. They both said it was theirs and no one else’s and they pulled so hard it broke.They ended up with half each and now they won’t speak to each other. I suppose a bit of a god is better than no god at all, but I think it would be better to share the god. Gods like being shared and they work much better when their children allow them to be whole.

James said it didn’t matter, ‘cos his god was the only one that was real anyway. That made Amber cry and throw hers away. She said she didn’t want a god unless it was real. Later, when she stopped crying, she realised James was wrong and her god had been real after all. She went to look for her but I don’t think she’s found her again yet.

When my turn came to talk about my god, I was a bit shy. You see, he’s a very old god. He was my dad’s when he was a kid and his dad’s too. He’s really worn from being cuddled and loved so much. I don’t care though, because he’s a very wise god and I tell him all my troubles in bed at night. Sometimes I wonder if he’s nearly worn out, he can take so long to answer me.