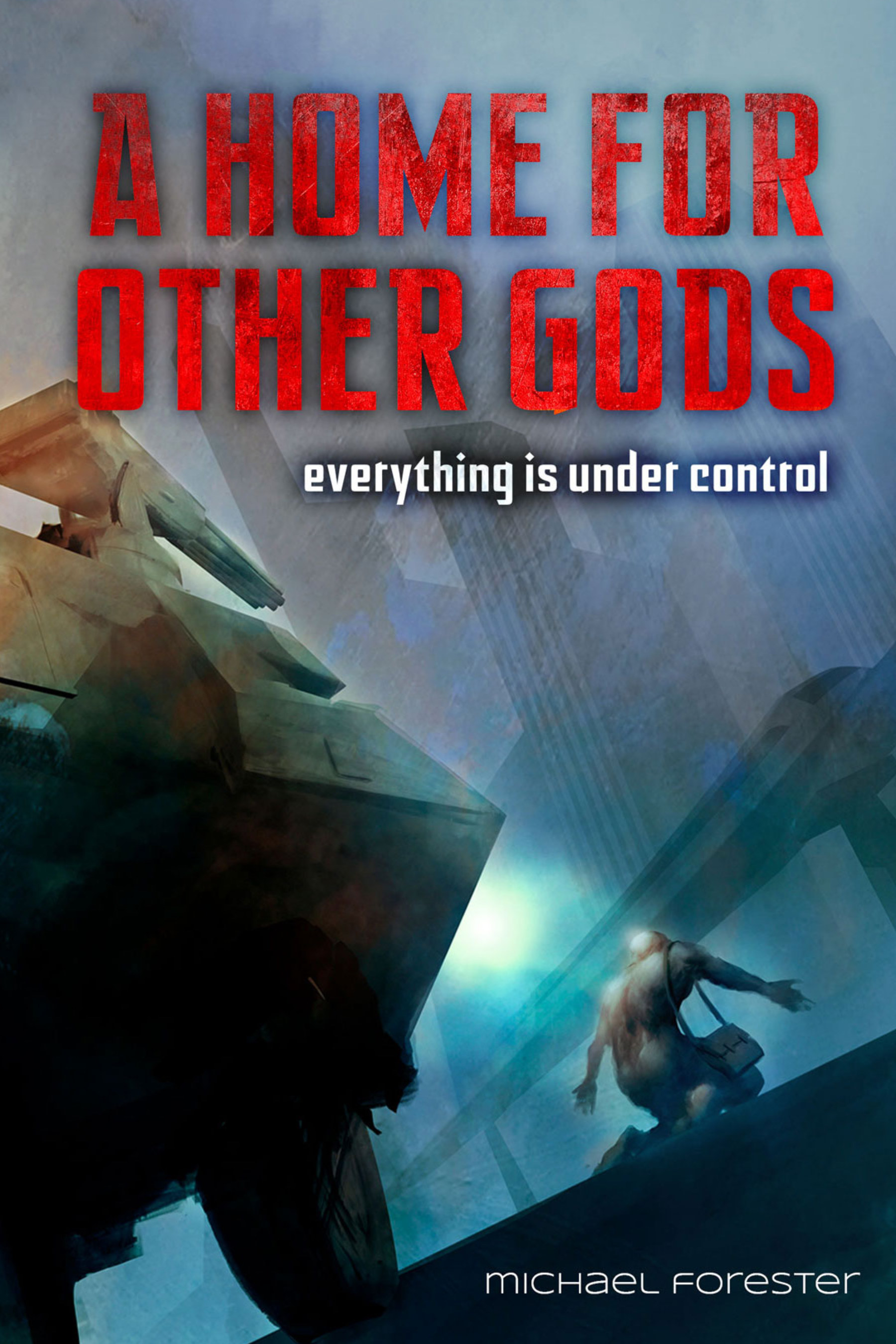 A Home For Other Gods

It’s 2117. A country where everything you do has to be approved by the State; a State that tells you what to eat, when to shower; when to make love, what to think.

As the waters start to rise in the city, the fish people begin to arrive. Ultimately compliant, obedient without question, they open and close their mouths incessantly, saying nothing.

When Greg dares to think for himself, the Departmental Republic seeks to draw him into their elite to keep him quiet, to force his compliance. But if he agrees to be elevated to the level of the shadowy ‘Gods,’ it’s going to cost him his home and the life of his family.

People are saying this ground-breaking novella reads like a follow-on to 1984.

You yourself live in a regulated, bureaucratically-controlled state. Can you afford not to read it?

The author is a great writer who has a way with words, and it seems he hasn't failed again with this book. I honestly couldn't put this down until I had finished reading all of it. I've always been a fan of distopian novels, and this is now one of my favourites. Michael Forester managed to tell the story of Greg from two times in his life all leading up to one point, to become a God or remain compliant. With all the twists and turns the author managed this without loosing the rhythm of the story. Why be compliant when I can be a mismatcher. Once again thank you Michael Forester for another thrilling book.

Greg was quite alone in the Plaza. At the sound of the Für Elise melody, he stopped instantly, conditioned by his childhood experience. Then, he put down his case and stood quite still. The low guttural rumble of a heavy vehicle’s fossil-fuelled engine told of its slow, ponderous approach towards him across the Plaza, the music growing louder. Afraid to turn, he stood dead still. No Departmental instruction covered such a situation, because this did not happen to Co-Workers. In the fading twilight, a pool of bright light from the vehicle’s spotlight bar flowed forward like some viscous liquid around his feet. Greg watched his own shadow split the growing pool of light on the ground in front of him as it crept forward on the slow approach of the large vehicle.

The machine stopped. Greg could feel the vibration of its idling engine through the ground no more than a couple of metres behind him. He could smell its noxious, antiquated exhaust fumes. A loudspeaker crackled.

“Stop,” said a voice superfluously over a loudspeaker. “Do not move. Drop your satchel. Reveal any weapons slowly and place them on the ground in front of you. If you attempt any form of violence we will Retire you without further warning.”

The voice was dark and metallic, the antithesis of human. Greg Complied, his feet motionless, his body shaking.

“Remove your clothing starting with your jacket and shirt. Make no fast movements.”

Greg’s teeth began to chatter. With shaking hands, he unzipped his jacket and began to remove it, followed by his shirt.

“No sudden movements,” the loudspeaker reminded him. “Now, your lower garments.”

Greg unfastened his belt, allowing his trousers to fall to his feet. He began to lift his right foot in order to step out of them when the voice interjected sharply. “You have not been instructed to reposition. Do not reposition unless instructed. A moment’s silence followed then, “Remove all clothing,” said the voice.

As Greg’s hands slid his underpants down his legs, he discovered he had wet himself. Finally, he stood naked. “Raise your arms to 450 below horizontal,” instructed the voice. “Spread you fingers apart, palms facing behind you.” Greg Complied instantly as the sun began to drop behind the Transport Link Terminal.

“Reposition and turn,” said the voice.

Greg stepped from the bunched trousers at his feet and turned round.

He was confronted with the sight of a matt black angular vehicle, the size of a small refuse cleanser. But this was no sanitation vehicle. Its front windows slits were protected with a mesh screen, its wheels covered with protectors. A long barrelled-gun protruded prominently at the top and was pointing directly at him.

“Lower your head,” instructed the voice. He Complied instantly. A laser scanned him slowly from foot to head, pausing for several seconds at the embedded barcode on his forehead.

Greg nodded, his voice failing him.

“Is this you?” the voice demanded louder.

“You are not registered as a permitted presence in this public place at this prohibited time. Why are you here? Are you a terrorist? Are you a vagrant? On your knees, now.” The last word was shouted, almost spat out.

“No! No! I’m a Co-Worker. You can check with my parents. They’ve thrown me out. I’ve got nowhere to go.”

“No please, no! You don’t understand. They don’t mean it. It’s just to scare me.” Greg had his arms extended in front of him and his palms raised in an instinctive gesture of self-protection. He glanced behind him at the setting sun. “Look, it’s not quite curfew yet. It’s not illegal to be out yet. I’m sure I can get home in time if you let me go. Please. Please, let me go.”

Picking up only his satchel, Greg turned towards the LivUnit and, by virtue of adrenalin, ran faster than he knew he was capable of running. He arrived on the doorstep, fell to his knees and slammed his palm repeatedly on the lock. Behind him in the street, the headlights of the Neighbourhood Watch’s armoured car lit up two bright pools on the street, while its searchlights turned the doorstep area to near daylight. The searchlights remained trained on the door…

Listen to a reading